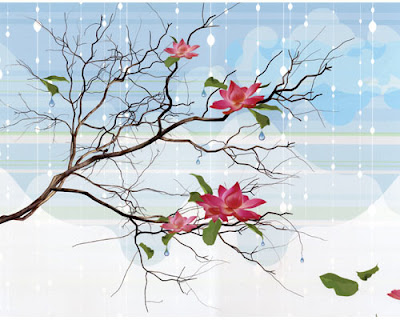 The lotus tree (Greek lôtos) was a plant in Greek mythology bearing a fruit that caused a pleasant drowsiness and growing in North Africa. This fruit was reported to be the only food of an island people called the Lotus-Eaters. In Homer’s Odyssey those of Odysseus' men who ate the fruit lost all desire to leave the island and had to be forced away. In another story from Greek mythology, the nymph, Lotis, is turned into a lotus tree.

The Lotus Tree
The original native place of lotus tree is south Europe and Hemallaya moutons north of China. It is naturally grown in Egypt in the Sinai peninsula, Elba mouton, Nubia, besides Ethiopia and the Arabian peninsula. One of the largest valleys in Sinai is known as the Valley of Lotus, as it is cultivated in Egypt since the oldest ages.
It was known to the Egyptian Pharaohs as Nebes. In the past in Egypt, lotus fruit was cultivated in all houses, in their court yards. Lotus trees nowadays grow in Upper Egypt. They are shady and the wood is used for making agricultural tools, furniture and also in building.
The lotus fruit is tasty and has nice odor; most of Egyptians like to eat. The lotus tree slowly grows with large branches, with height 3 cm from the surface. The leaves are permanently green. They are oval and glossy. The neck of the leaf is reddish green. The branches are hanging with sharp small nails. The fruits are small, yellowish green. They are grown in autumn, and are small, like apple in shape. Its diameter is 2 cm. It is tasty when ripe.
Inside the fruit, there is strong seed. The fruits have two main crops; one in spring and the other in summer but it is less important. Some kinds of lotus are relatively large in size.
The proliferation in lotus fruit is effected by seeds, cultivated in flower pots. They are kept there till cultivation in the permanent place. The seeds are cultivated in the permanent place directly as the seeds are put in small pots with soil, then irrigated till growth. After growth, the numerous quantities of seeds are decreased to one, which is the strongest.
The lotus trees are planted at the agricultural roads sides, 10 cm distance between each. The excellent races can be proliferated with vaccination takes place in spring and autumn. 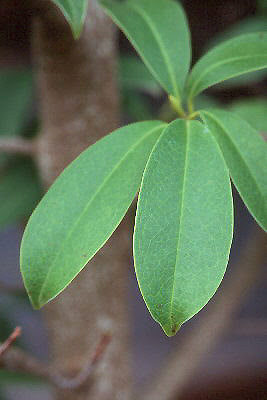 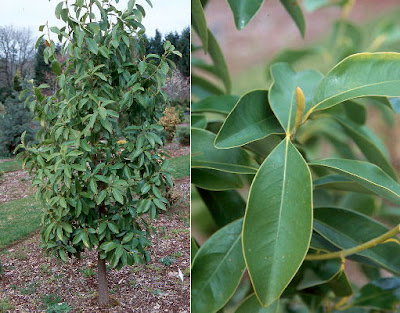 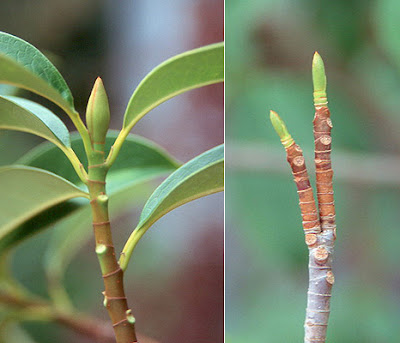 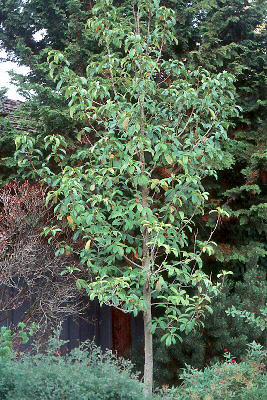 Greek: Lotos
Species: Diospyrus lotus
Description: A small deciduous tree which flowers with lotus-shaped blossoms in mid-summer. Its sweet red fruit ripens in late autumn.
Sacred to: PriaposMythology: Metamorphosis Lotis Lotis was a Dryopian Nymphe who was transformed into a lotus-tree to escape the lustful pursuit of the god Priapos. (Source: Ovid)Mythology: Tribe of the Lotus-Eaters The Lotus-Eaters (Greek Lotophagoi) were a tribe of men addicted to the honey-sweet fruit of the lotus tree.Tthe hero Odysseus encountered them during his travels. When some of his men tasted the fruit, they lost the desire to leave and had to be dragged, bound, back to the ship. (Source: Homer) 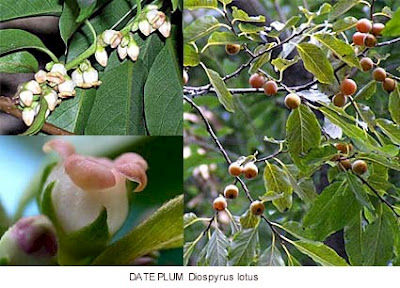 Posted by Ramesh at 4:04 AM
Labels: Lotus