I got pass in all subject's that i wrote for MBA II sem... Can't forget the day' s of those exam's
The exam's was started on (office "DP day out" day - saturday)... every one went for the function.... But i was studying for the exam.... i didn't went for DP day out..On sunday just 1 hr before the exam, i(Red) asked my friends about lotus(yellow)...they said that she fall down while pulling rope(some game).... After that my mind fully get's disturbed, then i thought that i can't write the exam, so i just walked out and return home(12.45) from the exam centre(Alagappa schools -purasavakam)... Exam time is 1.00 P.M, my colleagues(mike & deepak) are calling from exam hall "what happened where u are ? " I said that i can't write the exam..."manasu sariyilla"... they said u just come and write...still time is there... Atlast i accept them, took auto and reach the exam hall by 1.30p.m .... wrote the exam !. Now got pass

I should say thanks to my colleague's mike & deepak.
Posted by Ramesh at 3:00 PM No comments:
Labels: Lotus, MBA Exam

Here(chennai) every week-end, all are going with their girl friends..... each week going with new friend... girls also changed a lot...they are also going out freely... i am different...i can't be like them... enaku kadala podavum theriyathu... yaravuthu pesina kooda...i talk abt subjects(tech) only..so no one comes to talk with me... aahnaa nallah sight adipen...adhuvum ippa sight adhicha lotus (she comes in mind & scold me) thittuva !.... i like only a good friendship...

we planned to go to mahabalipuram by tomorrow..., i can't be happy even if i go with them... They are good only, let them enjoy the trip..

For a change, i am going for outing with my friends... But

Posted by Ramesh at 7:31 PM No comments:
Labels: கவிதை

Women are like apples on trees. The best ones are at the top of the tree. Most men don t want to reach for the good ones because they are afraid of falling and getting hurt. Instead, they just take the rotten apples from the ground that isn t as good, but easy.The apples at the top think something is wrong with them, where in reality, they're amazing. They just have to wait for the right man to come along, who is brave enough to climb all the way to the top of the tree. Share this with other women who are good apples, even those who have already been picked!!
Now Men. Men are like a fine wine. They begin as grapes, and its up to women to stomp the crap out of them until they turn into something acceptable.
Posted by Ramesh at 5:10 PM No comments:

saturday also... she worked till 11.00 pm... if she work's, i can't sleep.... i think they will provide cab facility for late night work.... she is working alone in his proj... Hope her project mate might be with her... nee thoongavillai endral en vilighal imai moodadhu... i couldn't be help

Posted by Ramesh at 10:26 AM No comments:
Labels: கவிதை

Today my friend chats with her...She is very busy in project... Avanga periya aala aayitaanga
(PL Range ku)... avanga business,tech,ellathilayum good....avanga santhosama irukaanga.... She is very lucky... got good project from ojt itself....but i am completely opposite.... thinking like mad always.... Did she look at me ?? hmmm no... avanga enkita pesa maatanga....... i become very bad.... hate myself...i am going down....she is going up... paining each & every minute....ennala santhosama vesam poda mudiyathu...hey god i believe only u...neeyum enna emathiradha...how long i have to wait ???no one be like me.... lost everything.......uyir mattum dhan iruku
Posted by Ramesh at 12:50 PM No comments:

But this is nothing infront of "girls suffering after marriage(maamiyar kodumai)"... now only learning many things abt family,paasam... enaku pasathai katru koduthathey aval dhaan
Posted by Ramesh at 9:33 AM No comments:
Labels: Myself and God

Can't we stop the war happening for generations between maamiar & marumaghal ?.
yes we can do...

What can be done for a peaceful joint family?
Wife :
1. Needs to understand that her in-laws are not her enemies. Their acts are just out of insecurity.
2. Make them understand that she's not there to separate them from their son. Rather, adapt and be their daugther.
3. Though her husband loves her, there are times when he can't support her openly. So, blaming him doesn't work. After all, he's suffering more than her.
4. Her parents are equally important and they need to have their self-respect.
Husband:
1. Try to understand that his wife is equally or more important to him
2. His mom has the 100% support of his dad + equal support from him but its his wife who feels uncared for and insecure.
3. Appreciate his wife in even small adjustments she does. This gives her the energy to face life. She needs a reason to continue her journey and that is just love. She needs assurance that you understand every effort she takes.
4. Understand she has no happiness in tolerating his parents. She is losing her intimacy, independence, creativity, individuality and her parent's love. But all this is only for one reason "husband's love". She deserves more.
5. Try to balance for the intimacy which she might have otherwise got in a nuclear family. Sometime alone might work wonders. She just needs to be heard.
6. Understand that the more he cares for his parent-in-laws, the more his wife would get attached to his parents. As long as he maintains a distance she tends to keep worrying about her parent's future. Once she gets the confidence that he's there to take care of them, she starts giving back.
In-laws (Wife's):
1. Try to understand that the girl has been a daughter for these many years and is new to a married life. She is just like wet mud and has to be moulded as required but too much pressure can destroy her.
2. Give away responsibilities than holding on to them. Push them into the water then they'll swim. Experience is the best teacher. There is no right way of doing things. Each person needs to have their individuality.
3. Treat her parents with due respect. Understand that as long as her parents are happy she would be happy and any problem there would increase hatred towards them.
4. Give some time alone for their son and daughter-in-law, instead of feeling jealous at her happiness.
5. Try to let go of their son rather than holding back. When both parents and wife pull a man, ultimately noone is going to be benefitted.
Parents:
1. Do not interfere and question the mother-in-laws' behaviour. Even if the mistake is on the mother-in-law, she wouldn't accept it. This would add fuel to the fire.
2. Have confidence on son-in-law. When their daughter, who is 24*7 with her in-laws takes a long time to understand them, don't expect your son-in-law to be a son soon.
3. Always pacify your daughter though you know she has all reason to crib. Never add fuel.

Will this strategy work?
Is it asking too much from all?
What else is the solution to this never-ending problem?

Posted by Ramesh at 2:24 PM No comments:
Labels: life

hey god... see.. she is always busy with the projects....but i am writing kavidhai....
Why you are not giving good projects ? enaku avala partha romba poramaya iruku...
adhe neram kastamavum iruku she is coming by 9.00 and leaving by 9.30... working for 12 hrs... plz aval velaya enaku kodu.... amma take of care her ma.. en manasu kasta paduthu... 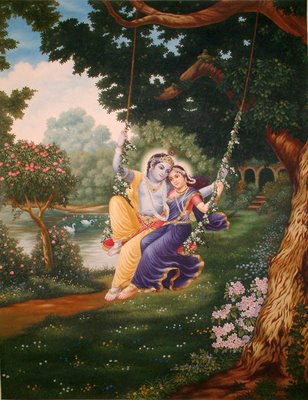 Posted by Ramesh at 5:58 PM No comments:
Labels: பாடல்

Nee ivalo alagha irukum pothu, How can i stop writing this blog ??

Posted by Ramesh at 4:06 PM No comments:
Labels: Happy, கவிதை

No more to suffer !

I should stop writing this blog....i will stop writing only
when u talk (in ur hand) or when i didn't think abt u (no way)

Even i tried by blocking names in same time, no use ... I don't think only if see u or talk to u.. there is no other way....if something is near no one looks, if something is far everyone will try for that this is basic principle......